What to do with a precious piece of lunar meteorite? There is nothing better than turning it into a necklace.

Here the artefact retains all its charm, becoming a gem set in a decorative system, featuring large half-spheres in burnished bronzobianco. The craters create a significant texture while also evoking the concept of the Moon’s phases.

The lower part, as if it were a space theatre, displays reconstructions of the most significant moments of the moon landing: the LM (Apollo lunar module), an astronaut, the American flag and the rover used to transport the rock samples.

The date of 21 July 1969 is now carved in everyone’s collective imagination: Neil Armstrong was the first man to leave his mark on the surface of the Moon. 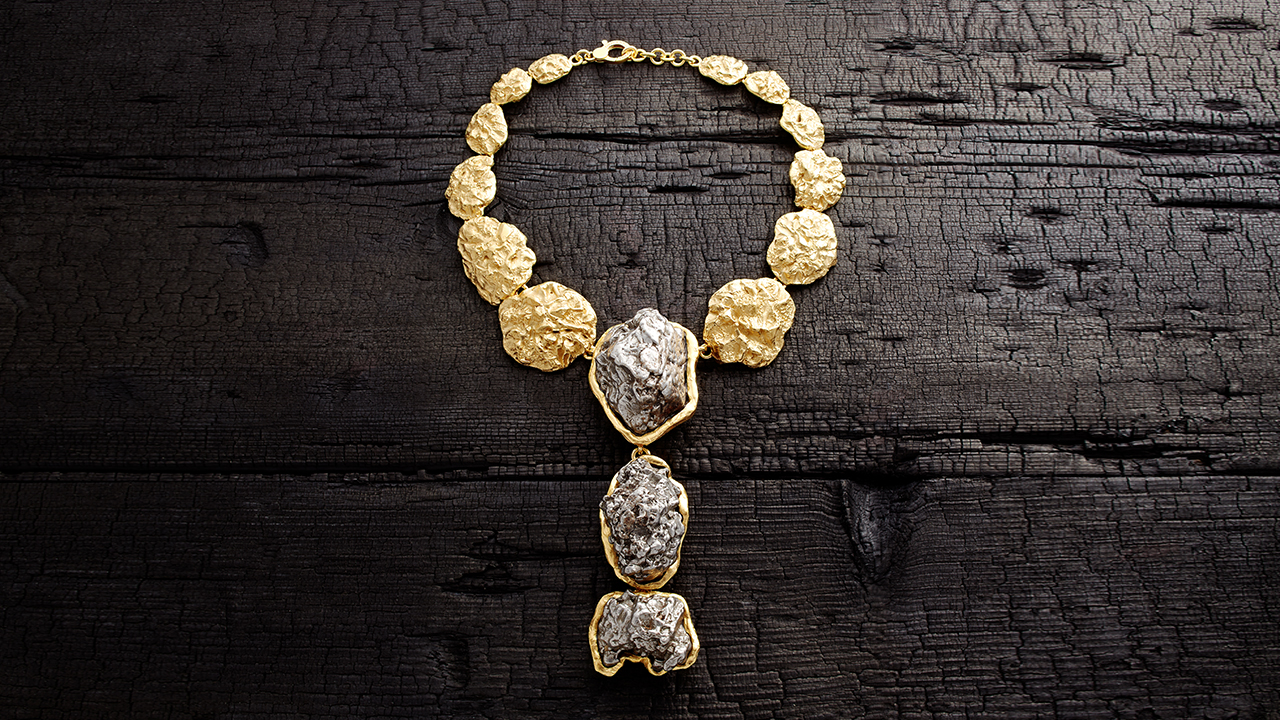 Extraterrestrial elegance, noble metals that live by their own powerful light. 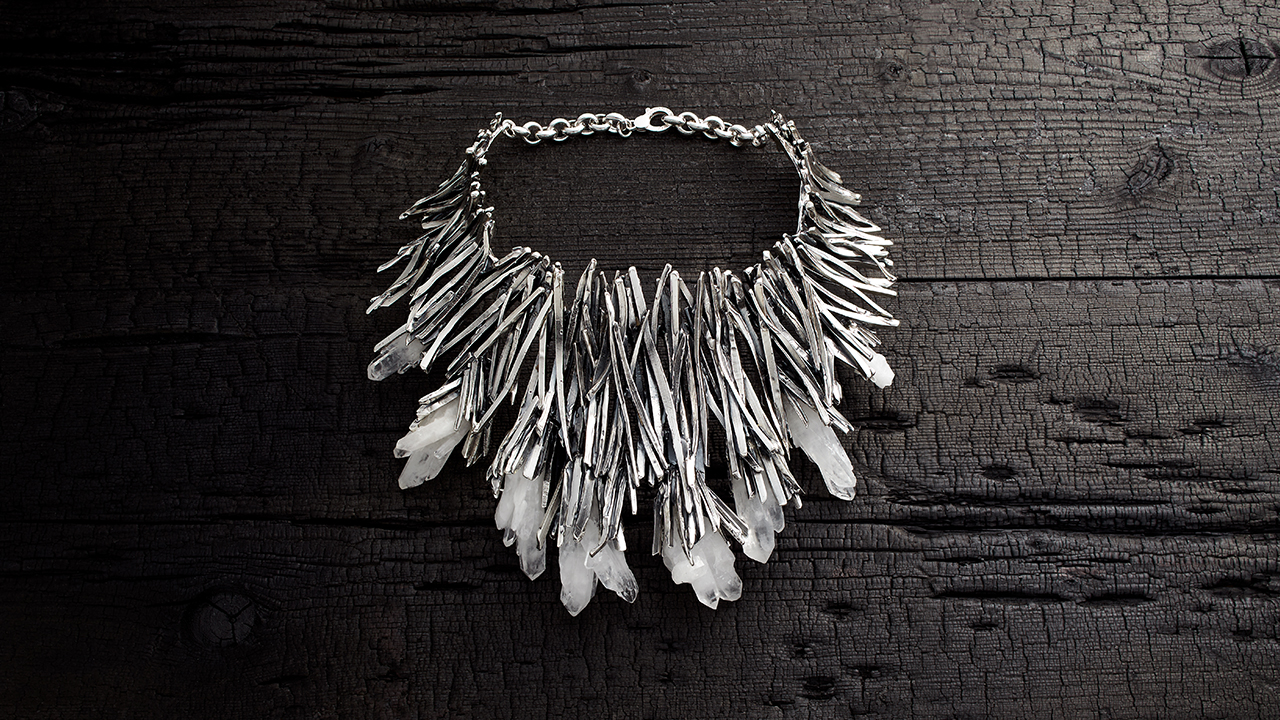 
A faraway arctic tale depicted through silver and rock crystal. 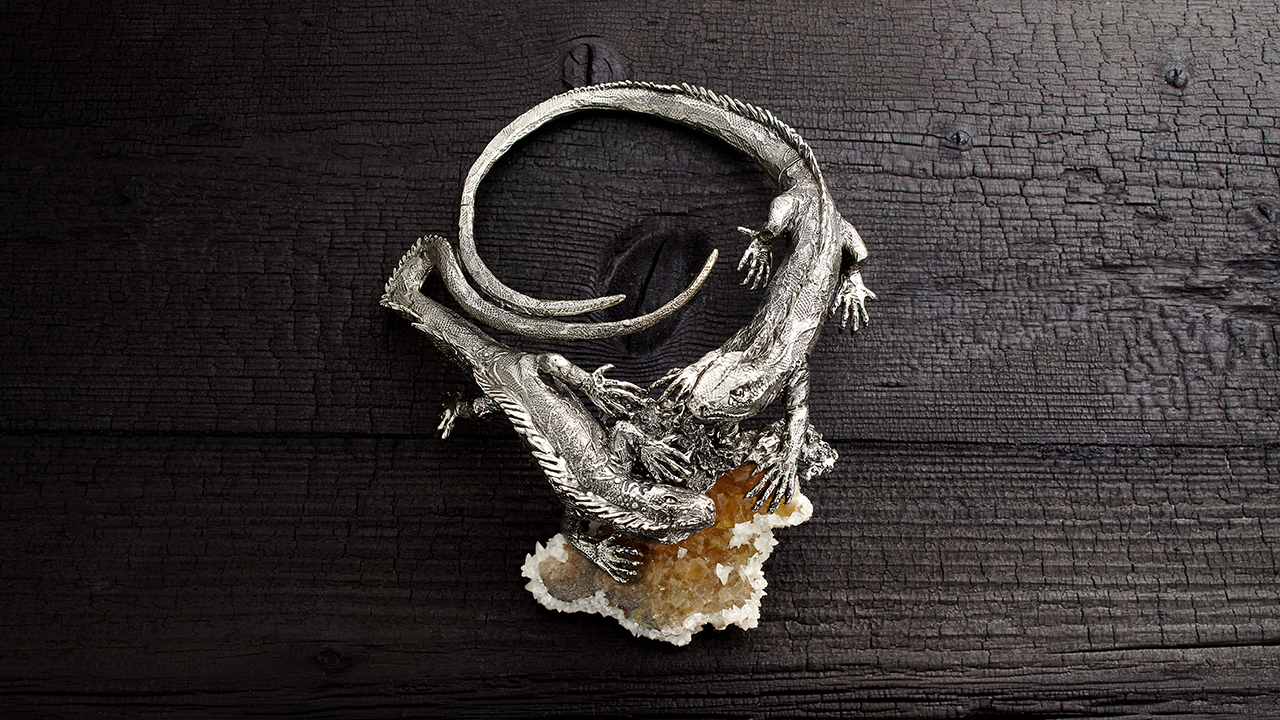