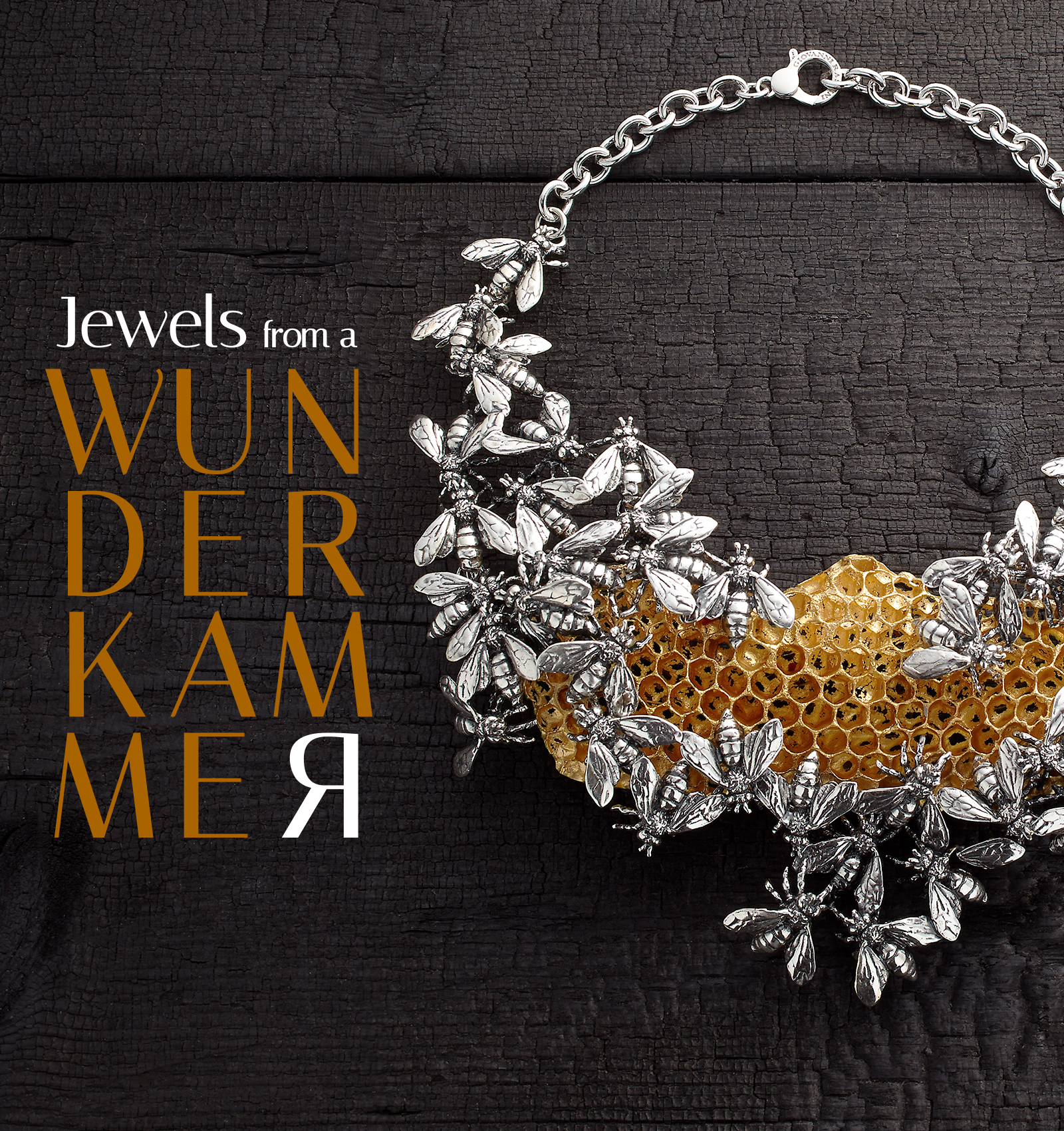 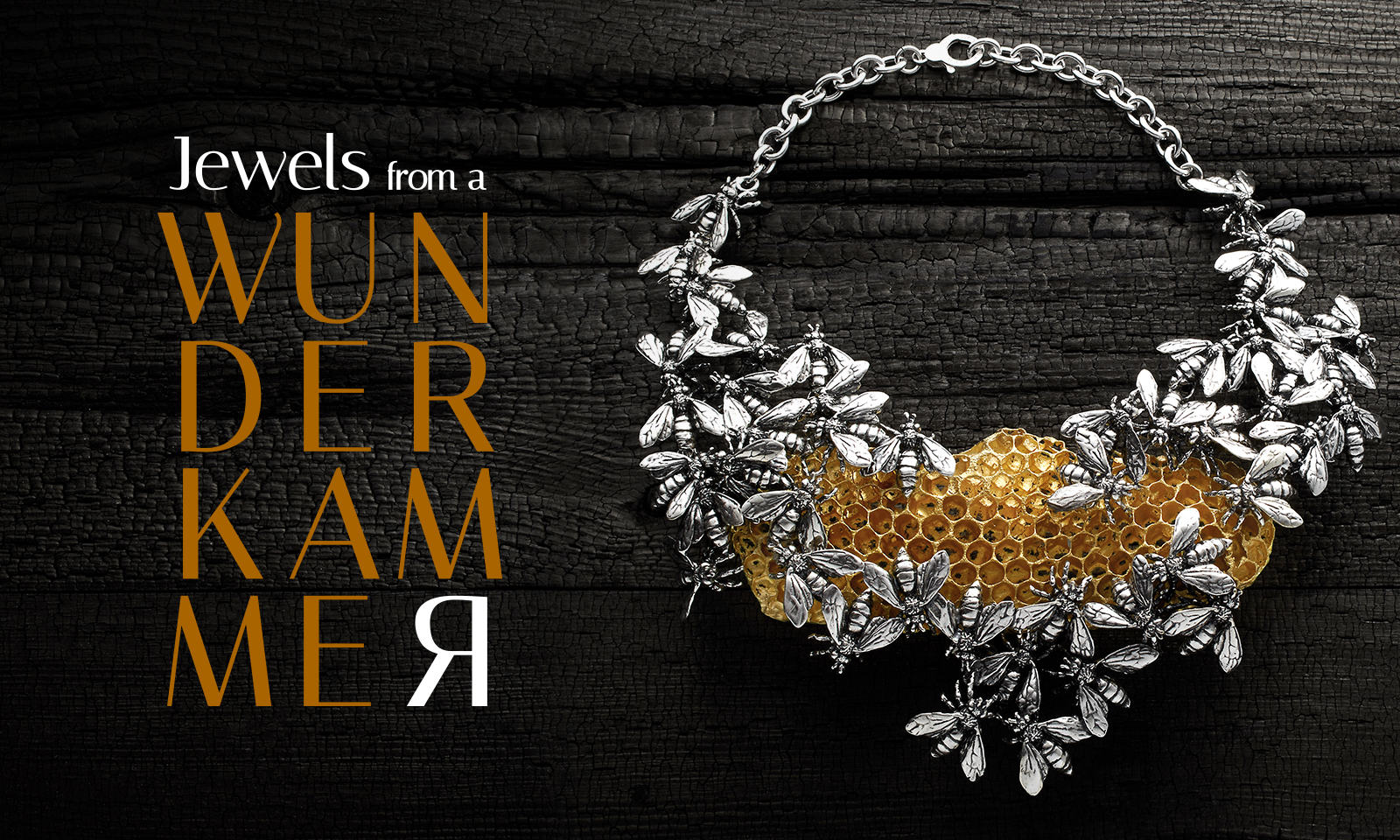 Twenty-one necklaces encapsulate Giovanni Raspini’s Wunderkammer. The longstanding desire to inspire wonder originates with the selection of the most unexpected materials and translates into the Tuscan designer’s amazing ability to create the most incredible silver jewels.

Wunderkammer have always expressed an ancient yet contemporary desire: to evoke a sense of mystery and amazement. Thus emerges the passionate need that strikes Giovanni Raspini like a splendid creative illness. Jewels from a wunderkammer showcases twenty-one necklaces, created in celebration of wonder and astonishing beauty. These pieces are absolutely over the top, deliberately outrageous and overflowing with conceptual and visual references, daring juxtapositions of precious and very plain materials, primordial and futuristic, unexpected and completely legitimate.

“The creations crafted for Jewels from a wunderkammer,” – as Giovanni Raspini tells us – “are all unique pieces and arise from the desire to amaze and inspire a sense of wonder. The wunderkammer evokes a mysterious world, full of alchemy, oddities, phantasmagorical whims and esoteric presences. Things, objects and works of art are shown in a celebration of astonishment and emotional subjectivity. And this also applies to the jewellery in our exhibition”.

So he builds a fantastic world on dinosaur teeth, composed of dragons and Gothic architecture. The engineering masterpiece that is honeycomb is cast and surrounded by industrious silver bees. A fox skull, in its inexorable crudeness, becomes a jewel nestled between golden scales and coloured crystals. And the Tuscan jeweller scavenged even further, transforming and fashioning pieces of jewellery out of a megalodon tooth that is millions of years old, Palaeolithic flint arrowheads, lunar meteorites that have fallen to earth, insects in scintillating coloured livery, together with Phoenician, Egyptian and Roman artefacts.

Historically, the wunderkammer was born from the desire to house the world in a room, to possess all human knowledge and the infinite wonder of nature. “We yearn for the same emotions, trying to change the destiny of things and objects through our artisanal mediation, giving them value, light and passion”.

Jewels from a Wunderkammer exhibition is accompanied by the catalog of the same name, with a preface by Franco Cardini and published by Edifir Firenze. 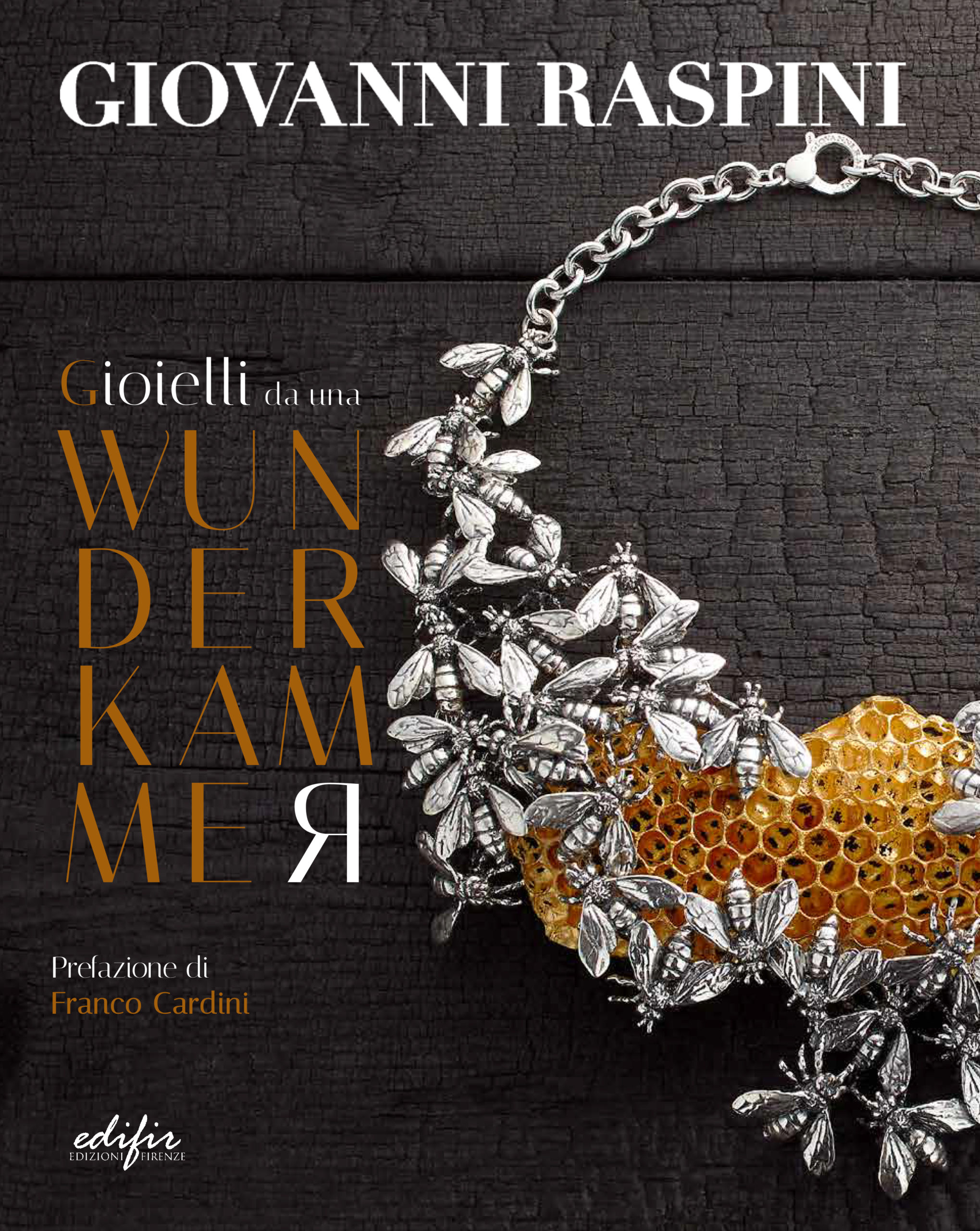